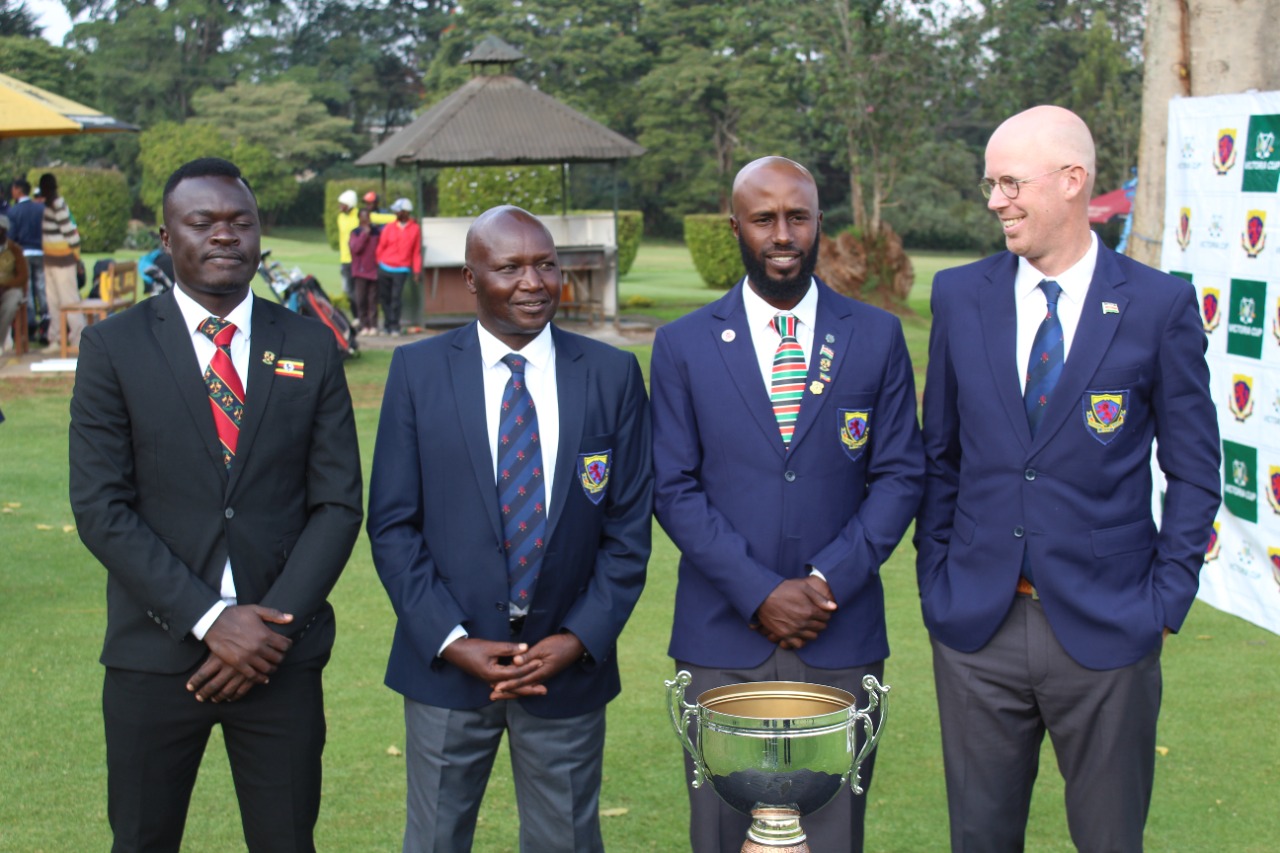 Team Kenya walloped Uganda 7-3 in the final round singles matches today to clinch the Victoria Cup with a resounding 21-5 margin as the curtains came down on the annual tournament at Limuru Country Club.

It was not smooth sailing though for the hosts as Uganda put up a better performance on the final day winning three matches and narrowly losing three games on hole number 18.

The final round matches were reduced to a mere formality after Team Kenya garnered the requisite 13.5 points on day two to reclaim the trophy.  “I am very proud of this team, their willpower, determination and most important the team spirit. The players’ effort over the last two weeks has been commendable. We look to keep the momentum as we prepare for future assignments, “said John Liefland, Team Kenya coach.

Following the victory, Kenya has now won the trophy four times since the Victoria Cup was launched in 2016. Uganda lifted the trophy in 2019.