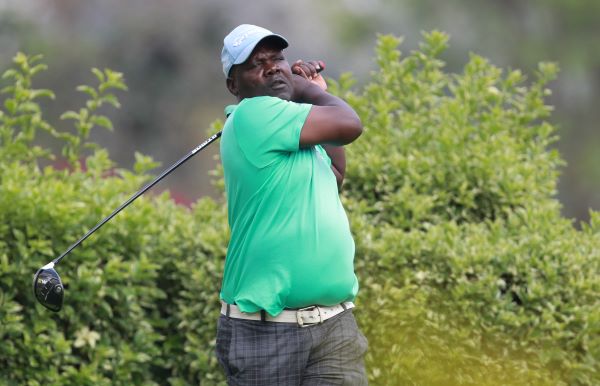 Nine local pros and six amateurs will be part of the cast tomorrow as Europe’s elite golfers chase glory and Kshs 250 million prize money at Muthaiga Golf Club over the next four days.

Though widely billed as a benchmarking moment for the locals, the gulf in talent seems to be widening as the elite visitors ride roughshod over the hosts every year. The elevation of Magical Kenya Open to a European Tour event has laid matters bare as locals struggle to match the relatively sophisticated visitors. In a bizarre turn of events, last year only one Kenyan- Samuel Njoroge- made the cut at the event which was held at Karen!

So, what are the local players chances at the Magical Kenya Open 2022? The ability of the local lads to put up a strong show should be viewed from three fronts; match fitness, exposure and sponsorship.

The local pros are getting into this contest fresh from a Safari Tour season which featured eight events over a period of five months. Realistically speaking, the pros on Safari Tour were only engaged in October-November 2021 and January-February 2022. They will be up against visitors who have played in more than 15 events since they last played at Karen last year. To put the matter in proper context, whereas a “good” Safari Tour season can have up to 10 events, the DP World Tour, formerly Euro Tour, features more than 40 events in a year.

Was the elevation of Magical Kenya Open to Euro Tour status a poisoned chalice for the local pros? This year marks the third time the Magical Kenya Open will be played as a European Tour event.  The raison d’etre for the enhanced status was to ensure Kenya hogs publicity globally as an attractive tourist destination. However, the promotion has come at a price as the number of playing slots available for the locals has been cut drastically. Under the less prestigious European Challenge Tour status, Kenya had more than 20 playing slots reserved for the local pros but this has since been reduced to only eight. This means fewer locals have a chance to play on the big stage but more importantly, Kenyan pros have close to a zero chance of playing in any other Euro Tour event unless they win the Magical Kenya Open!

To cure this, Kenya Open Golf Limited, KOGL- the organizer of Magical Kenya Open- is mulling introducing a second event that will be admitted to the Euro Challenge Tour calendar. This will allow KOGL to negotiate for reciprocal quotas with other members on the Challenge Tour that will enable Kenyan pros to play outside the country to gain the much-needed exposure. For the record, the furthest the majority of the Kenyans playing at Muthaiga have ventured in the last one year is the Uganda Open!

And now, let’s talk about money matters-sponsorship. It is an open secret that Magical Kenya Open is well sponsored. Just to name a few sponsors, the government has pumped in Kshs 256 million, Absa Bank Kenya came through with Kshs 56 million while EABL added another Kshs 69.5 million.  Whereas these funds will go to underwriting prize money and tournament logistics, the players have to take care of their preparation and tournament-related bills.

It has not been smooth-sailing for the local pros as the dearth of sports sponsorship in the country means corporates have failed to come through at the players’ hour of need. Save for Absa Bank which announced a Kshs 3 million incentive package for four players and Vision 2030 which raised close to Kshs 5 million, the locals will be taking on their well-funded European opponents on a shoe-string budget. This year, a novel crowdfunding concept championed by Vision 2030 CEO Kenneth Mwige registered mixed fortunes. Said Mwige: “This is the way to go henceforth. We have to get local support well organized and lock out hit-and-run corporates. We want to unlock the value of our sportsmen and stop corporate mugging- a cunning means through which some respectable corporates take advantage of our sportsmen to enjoy brand visibility cheaply.”

So with just a sling in their hands, local players will take on the match-fit, widely-travelled and well-funded European “goliaths” at the pristine par 71 Muthaiga Golf Club. It is a date with destiny awaiting to unveil heroes and perhaps fall guys at the end of the week.

SuperSport viewers on DStv can look forward to seeing all the action from the Magical Kenya Open at the Muthaiga Golf Club in Nairobi from Thursday 3 to Sunday 6 March 2022. Visit www.dstv.com to subscribe or upgrade, and join in on the excitement. And while you’re on the move, you can stream matches on the DStv App.