Ready for action? Here are Kenya’s top golf events to look out for in 2022. 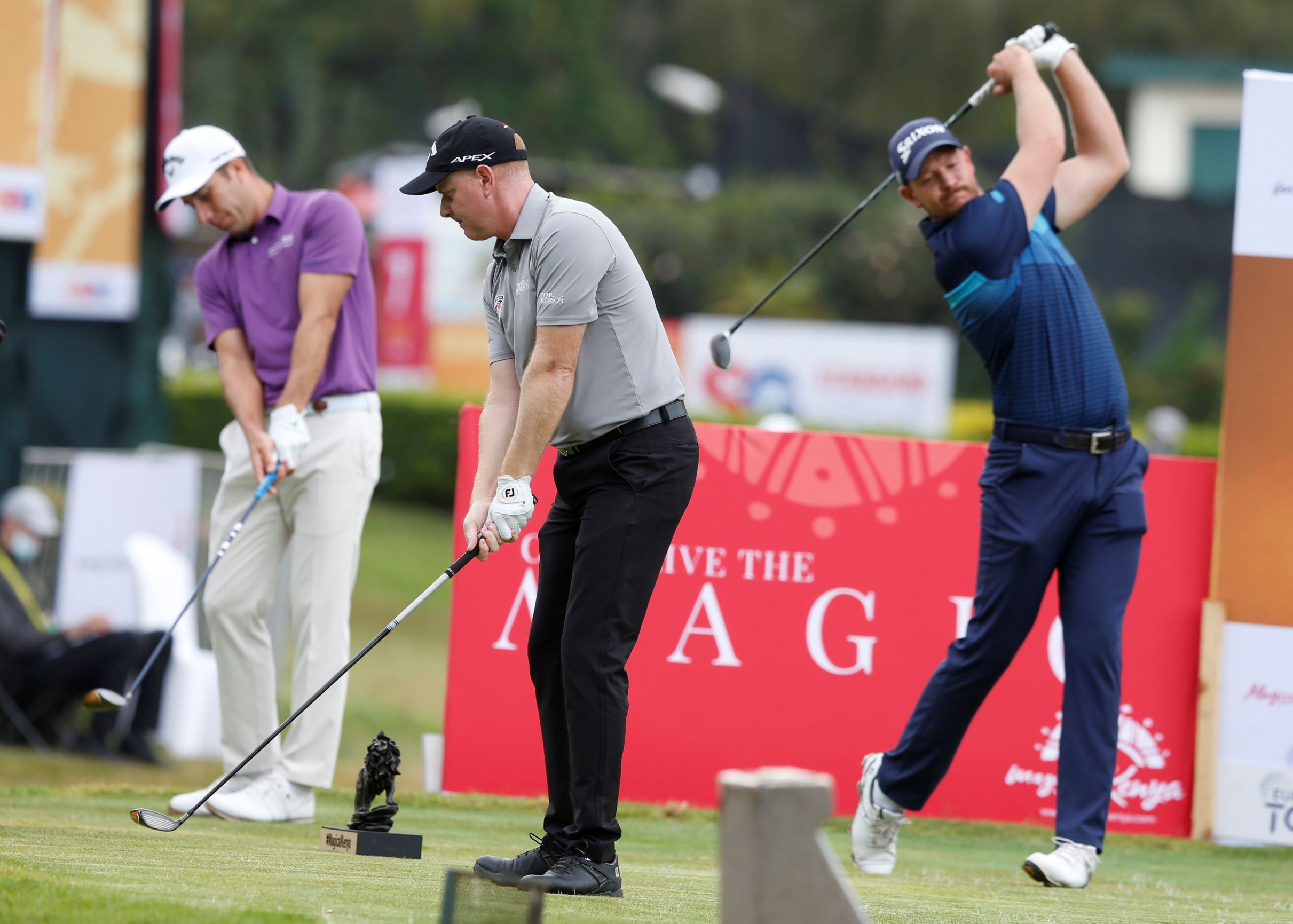 The Kenya Amateur Golf Championship, KAGC, is expected to produce new stars this year as the country’s elite amateurs battle for bragging rights and qualification to Magical Kenya 2023.  The KAGC series is a sure test of endurance with more than 25 events lined up across the country on courses of diverse quality. The Kenya Golf Union has added three events- Golf Park, Malindi Open and Kiambu Open- in its 2022 calendar.

The highlight of the series is the Kenya Amateur Matchplay and the Kenya Amateur Strokeplay competitions. The series champion is determined from points accumulated in a player’s best 10 rounds during the calendar year. Nyali Golf Club’s Adel Balala won the 2021 series ahead of Michael Karanga and John Lejirma who finished second and third respectively. With the top three players expected to turn pro in the course of the year, the 2022 KAGC race will be wide open.

After a two-year hiatus occasioned by coronavirus, international golf competitions are expected to resume this year.  Among the key competitions expected later in the year include Africa Region V tournament, Victoria Cup and the All Africa Golf Team Championship.

It will be interesting to see how Team Kenya will approach the events, granted that most of the top amateurs are expected to turn pro prior to the commencement of the international events.  Before the Covid-19 enforced break, Kenya’s fortunes had plummeted as the Kenya Golf Union stuck to its policy of giving the youth a chance. Team Kenya had a poor outing in 2019 when they lost to Uganda in the Victoria Cup and went on to perform dismally at the All Africa Golf Team Championship in Mauritius.

The race for tickets to the Magical Kenya Open 2022 resumes this month as the front runners in the Safari Tour clash in the remaining three rounds scheduled for Limuru, Karen and Muthaiga.  The Safari Tour season four has been highly competitive after the organizers doubled the prize money to Kshs 2 million per event in a bid to grow the Tour stature as they chase Official World Golf Ranking system, OWGR, recognition.

The Tour will still be used to select players to Magical Kenya Open 2022 with the top eight Kenyans earning automatic entry while another eight slots will be reserved for foreign players and sponsor interests. The final ranking will be based on 70 percent of points earned in the current season while 20 percent and 10 percent of the points will be carried over based on players’ performance in season three and season two respectively.

The Magical Kenya Open returns to Muthaiga this year. The event was held under closed doors for the first time last year after the European Tour barred spectators in a bid to keep the coronavirus in check. It remains to be seen if the restrictions will be relaxed this year. A total of 156 players are expected to take part. Kenya will be represented by 18 players comprising of 12 professionals and six amateurs.

The event is expected to attract top players on the Euro Tour as they chase the crucial points in the Race to Dubai finale. Magical Kenya Open has a total of €1,100,000 prize purse, making it one of the most lucrative events on the Tour.

Kenya will host the Ladies European Tour, LET, tournament for the second time after a successful event in December 2019. The Magical Kenya Ladies Open to be played at Vipingo Ridge will be the first event in the LET record breaking season featuring 31 events in 21 countries. The 2022 season will be the busiest and most lucrative season in the Tour’s 44-year history as LET members will compete for a minimum of €24.5 million.

In 2019, Kenya became only the third country in Africa, behind South Africa and Morocco to host the prestigious ladies round. The 72-hole stroke play competition brings together the top 96 players on the circuit.

The 97th edition of the Tannahill Shield is scheduled for the traditional Easter weekend. For the first time, last year the country’s oldest inter-club tournament was held outside the traditional Easter period after the event was called off in 2020 due to the ravaging coronavirus. The event features seven clubs from Nairobi area and permanent invitees Western and Mombasa.

The Tannahill Shield competition was first held in 1924 as a competition pitting two clubs. It brings together nine teams each comprising of 10 players in a foursome event played over four rounds in three days. One round is played on Friday, while Saturday features a grueling 36-hole test with players wrapping up the tournament with an 18-hole round on Sunday morning.